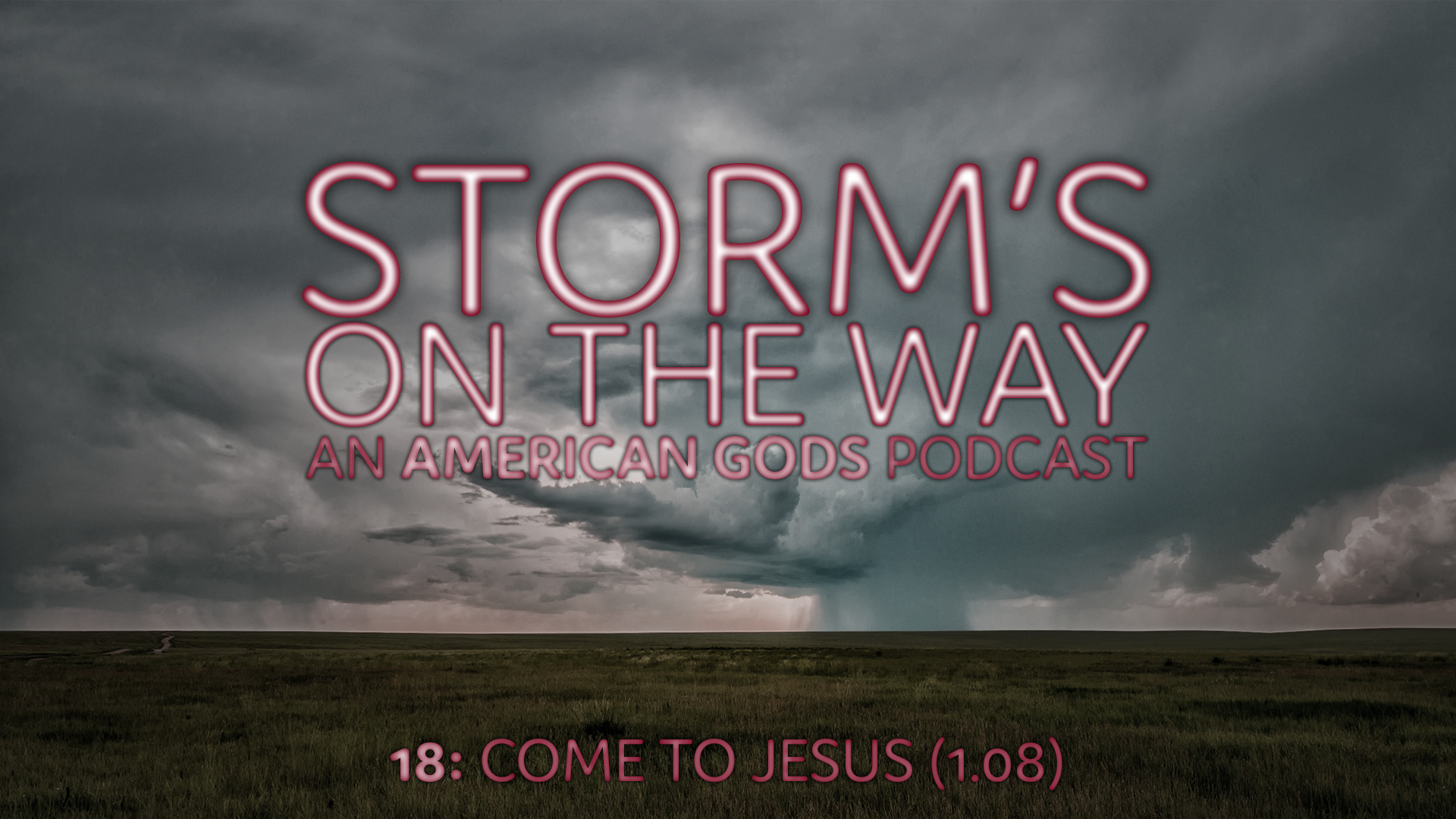 In this episode Alastair, Daphne and Elizabeth discuss the eighth episode of the Starz adaptation of American Gods, Come To Jesus!

For more from Elizabeth and Daphne, check out Common Room Radio!

Storms’s On The Way is a Point North Media production by Alastair Stephens, and is released under a Creative Commons Attribution-NonCommercial-Sharealike license.