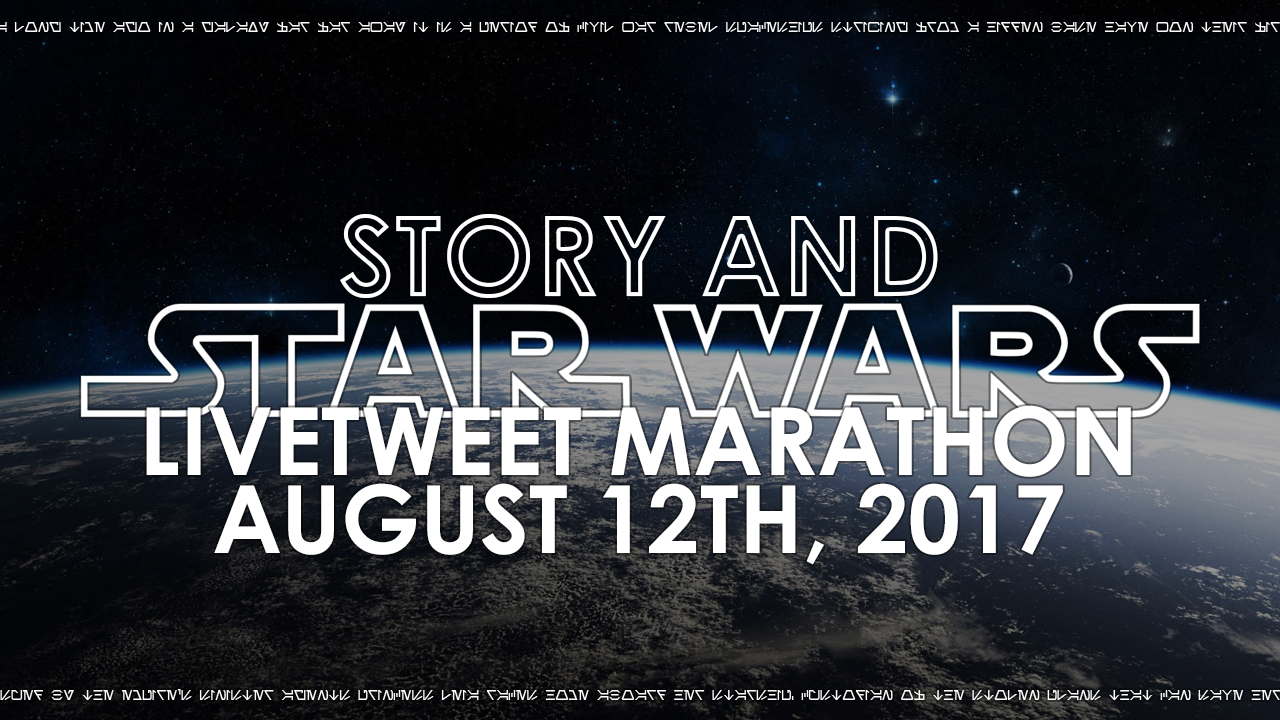 On Saturday, August 12th, we’re spending a whole day in a galaxy far, far away with the first Point North Livetweet Marathon: the entire Star Wars saga! Join me live using the hashtag #SASW, and share your love of the Star Wars universe, some themed cocktails and snack ideas, and some trivia games!

The schedule gives us a brief window between movies to stretch our legs or get some refreshments, as well as making it easier for people to join in halfway through. We’re going to be using the 2011 Blu-Ray releases of the first six movies, but you can use your preferred versions. We’re also going to be watching the films in episode order, rather than release order, because it will give us a new perspective on the structure of the series as a whole; we won’t be including Rogue One: A Star Wars Story in this marathon, because it isn’t a numbered episode, and because sixteen hours of movies already feels like a lot!

So, this is our schedule (all times are in Eastern Time):

And for those who are curious, there will be a new episode of Story And Star Wars — discussing some further responses to Rogue One: A Star Wars Story — available around the end of August!